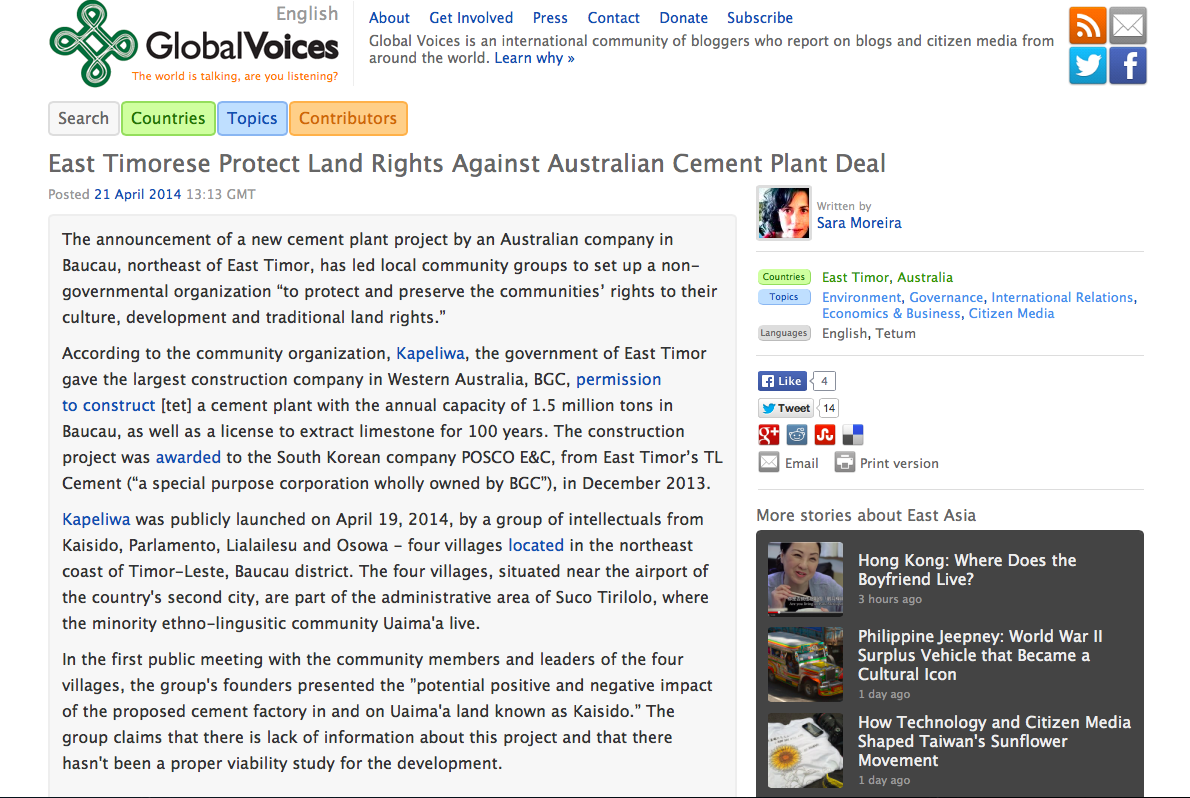 Posted by KAPELIWA at 09:00 No comments: 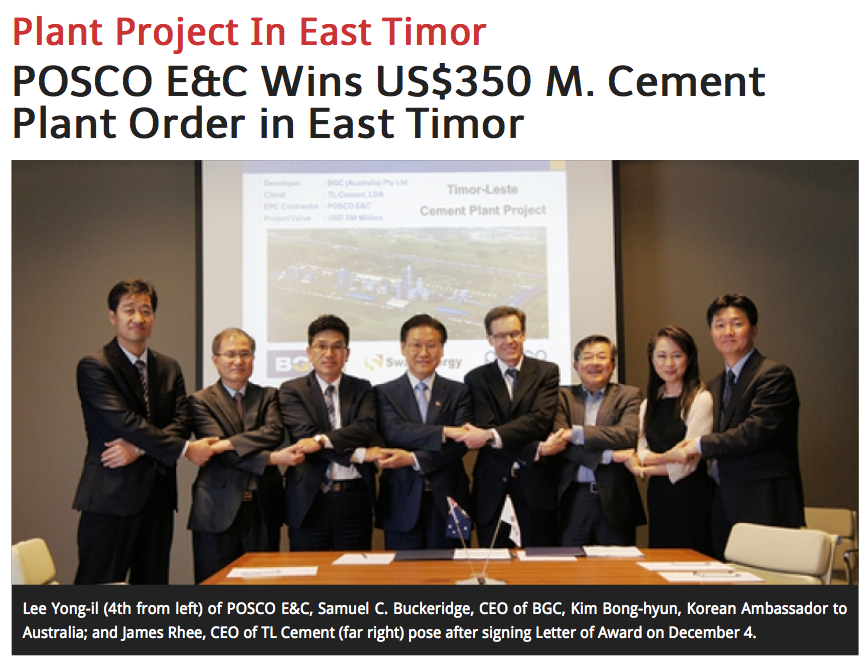 - The largest private investment project in East Timor, the newly independent state- Infrastructure and oil projects expected to be won thanks to the successful entry into the cement marketPOSCO E&C (Vice Chairman & CEO, Chung Dong-Hwa) announced on the 3rd of December that it won a cement plant project worth 350 million dollars, equivalent to approximately 370 billion won, from East Timor’s TL Cement (Timor-Leste Cement is a special purpose corporation wholly owned by BGC, the largest construction company in Western Australia).The new project is to construct a cement plant with the annual capacity of 1.5 million tons in Baucau in northeastern East Timor. Construction is expected to take a total 34 months from the signing of the contract. With regard to this, there was an LOA (Letter of Award) delivery ceremony in Perth, Western Australia, which was attended by the project owner TL Cemebt, BGC, POSCO E&C and others. East Timor, which became a nation in its own right when it declared its independence from Indonesia in 2002, is a small country with a total population of only 1.1 million people. The East Timor government has sought in recent years to expand its infrastructure establishment project in accordance with Timor-Leste’s Strategic Development Plan 2011-2030.  As the largest private investment project of any large-scale industrial plant project being pushed ahead by the East Timor government, this project is the subject of great expectations from the government.What played a crucial role in winning this project was, in addition to the active support of the East Timor government, the trust POSCO E&C had established while working together with BGC on various projects in Australia over the past 2 years.POSCO E&C is planning to implement this project on an EPC basis (Engineering, Procurement and Construction), covering everything from planning to engineering, procurement, construction and commissioning.POSCO E&C expects that it will be able to leverage an advantageous position in the market from its success in this project to win future infrastructure and oil development projects from the East Timor government, including for road, harbor, airport and desalination facility projects.


See link - for full informations - http://www.poscoenc.com/english/pr/press_release_view.asp?hBOARD_ID=PR&hDOC_ID=290
Posted by KAPELIWA at 22:51 No comments: 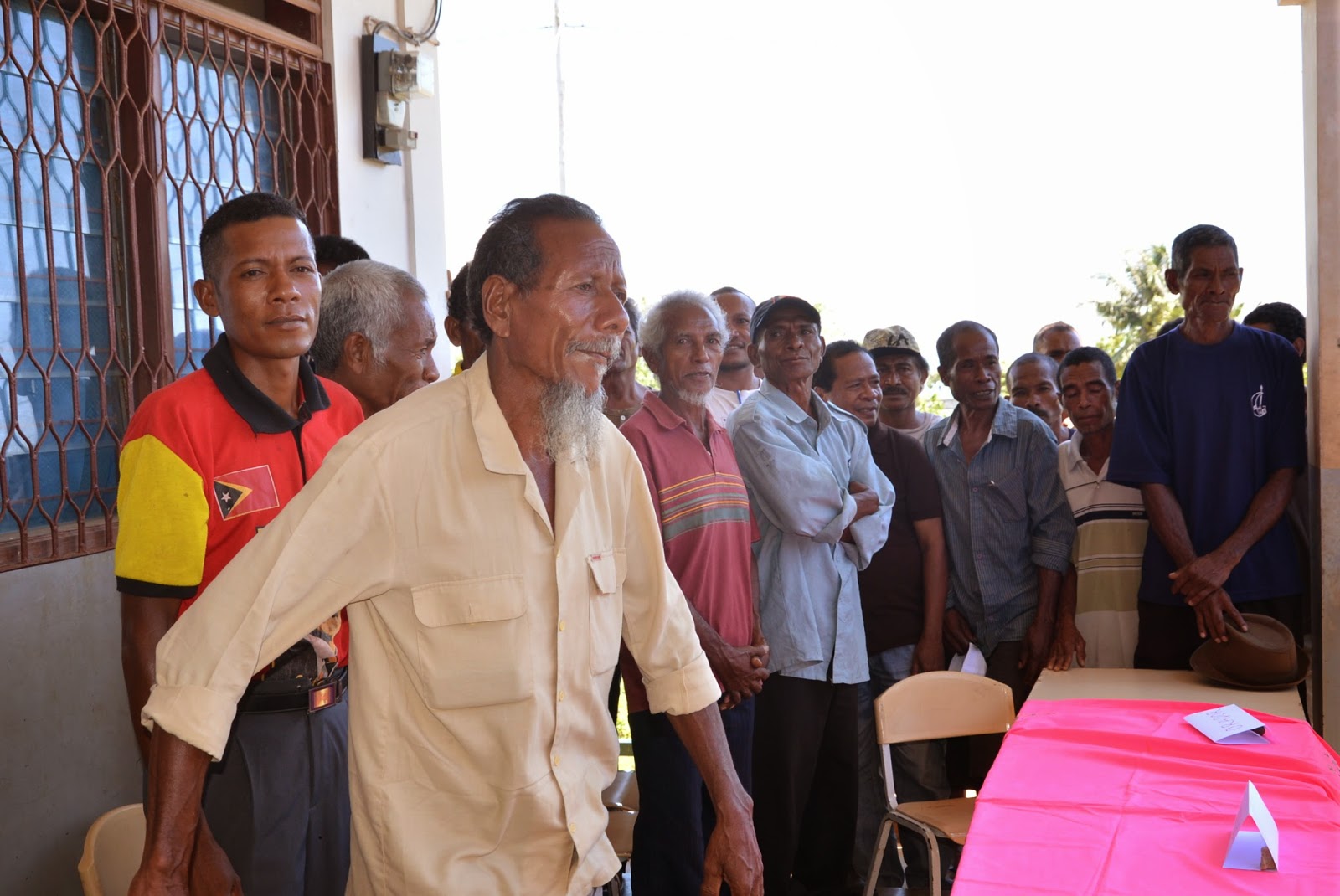 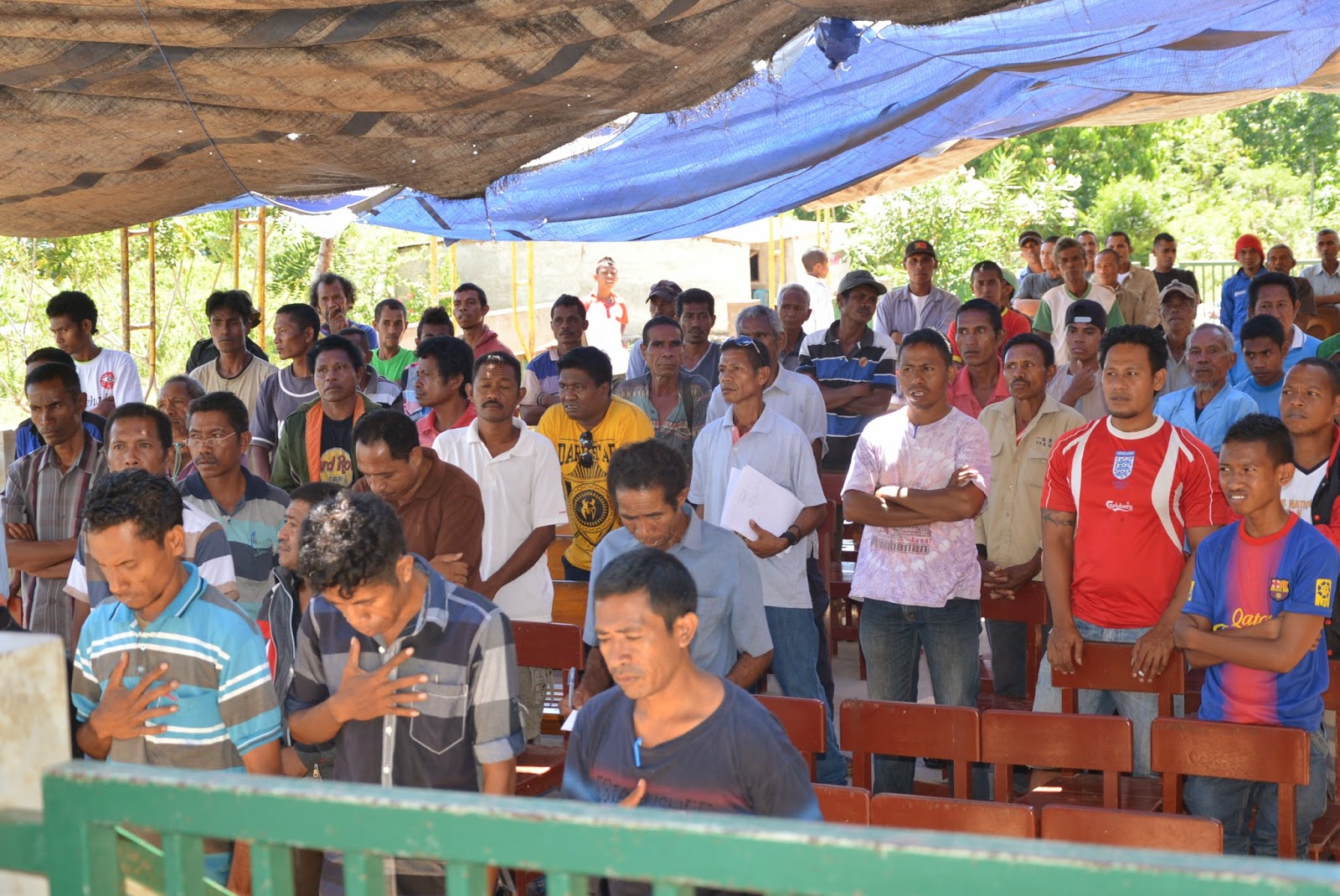 Posted by KAPELIWA at 22:29 No comments:

KAPELIWA is where - iha ne'e be?

They are in Tirololo Suco Baucau District on the northeast coast of Timor-Leste, just west of Baucau Kota and north of aeroportu Baucau. 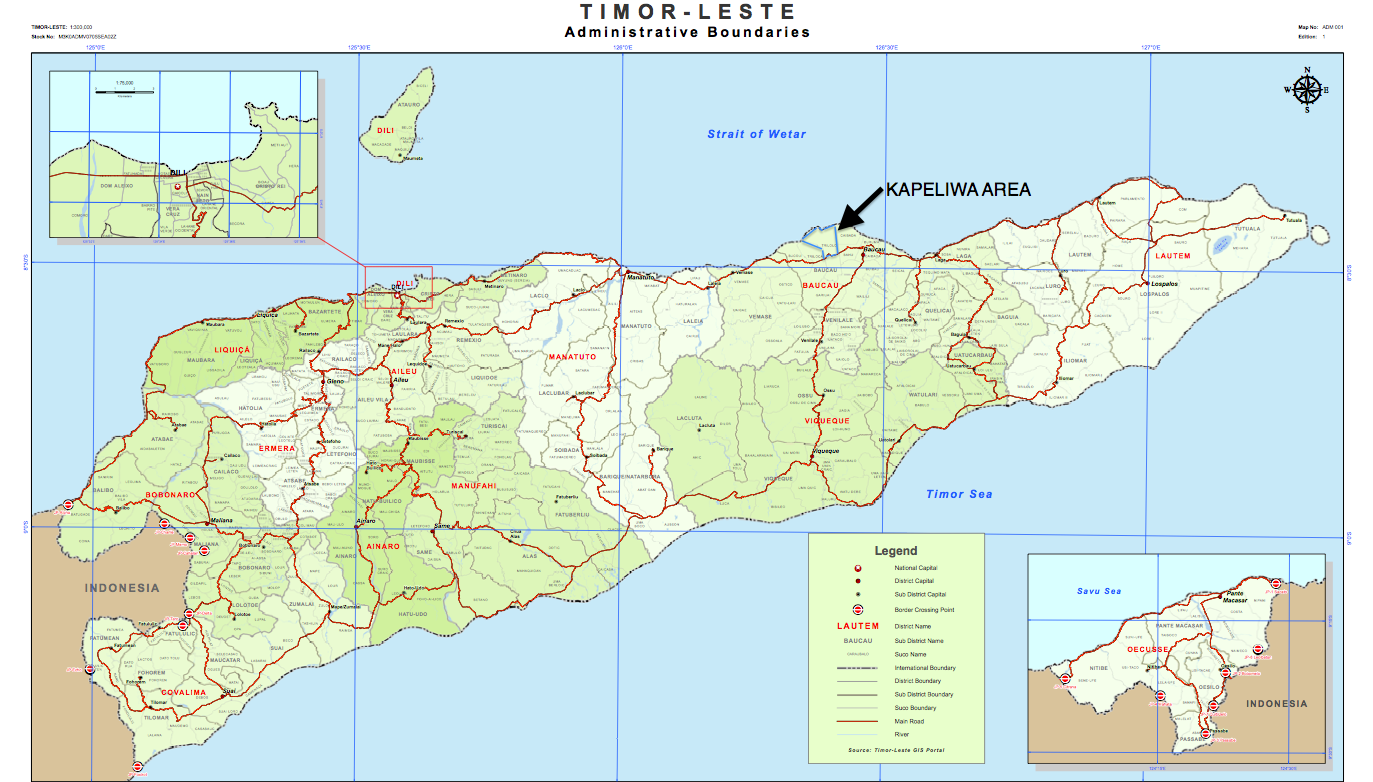 Posted by KAPELIWA at 22:19 No comments:

The Uaima'a are a minority ethno-lingusitic community based primarily in Baucau located north of the airport in Baucau.

This group is established as an NGO to represent the people of the four aldieas so as to protect and preserve the communities rights to their culture, development and traditional land rights.

On the 19th April the group's founders presented a power point presentation to the community and its leaders on the issue of potential positive and negative impact of the proposed cement factory in and on Uaima'a land known as Kaisido.

At the end of meeting the community elected the group's representative from 4 packets.  1 paket consisting of

KAPELIWA can be contacted via kapeliwa AT gmail DOT com
Posted by KAPELIWA at 20:14 1 comment:

Is cement plant in Kaisido good or bad for the community?